The visa policy for Angola describes the kind of visa or travel document required for each traveler that wishes to visit this country. A visa is a type of document that allows certain travelers to enter a destination. It can also be used to leave or remain within the country. 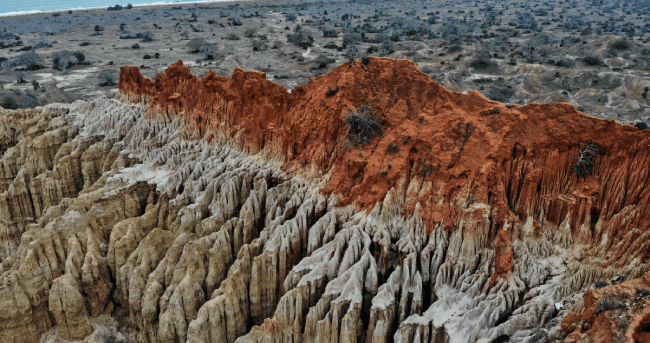 The entry requirements related to the Angola Visa Policy might differ from person to person. Some of the factors that influence are the individual’s nationality, the purpose of the trip, and the intended length of stay in the country.

Angola has easy options available for visitors from certain countries, and most of them are online. These entry permits are valid for short stays and can be used for tourism or business.

Nationals that don’t have the option to obtain the online permit entry, must obtain their visa for Angola from an embassy, including for short-term visits.

Any foreign citizen who wants to relocate to and/or perform employed work in Angola must receive the relevant visa(s) and permit(s) from an Angolan diplomatic mission. This includes any Angola work visa, residency permit, study visa, or long-term stay visa.

Another benefit of the Angola Visa Policy is that most nationalities have the option to obtain a visa on arrival. This document can be received at the border of the country if the traveler meets certain conditions. The only drawback about this process is that it is completely presential, so the traveler must queue at the airport, and there’s a small chance of rejection.

Also, some travelers can enter Angola without having a visa (they are visa-free countries).

Find out more details about the Angola Visa Policy and the different types of visas for this country in the following lines.

Following the official information about the Angola Visa Policy, many foreign travelers need a visa to enter Angola for tourism.

There are a few types of tourist visas for Angola. The type required depends on the traveler’s country of origin.

The Angola eVisa on arrival can be obtained before arriving at the country, and it offers permission to visit it for tourism purposes. This document is available for numerous nationalities and it is the quickest and easiest alternative because the entire process can be completed online.

This eVisa on Arrival allows the traveler to stay in Angola for 30 days. However, if a longer visit is required, an embassy visa will be obligatory.

The Angola Visa on Arrival is similar to the last one, but the process is less convenient because it can be done only at the airport, and not online. Travelers must queue at the airport or immigration control office to obtain it. It also offers a 30-day stay. Travelers that are not eligible for any of these visas, must obtain an Angola Tourist Visa from a consulate or embassy.

Get more information about each of these visas in the following lines.

The Angola electronic visa (eVisa) on Arrival is an online document that can be obtained by completing an online application form.

This type of visa is available to 65 countries at this moment. It allows the bearer to visit Angola for tourism or business for 30 days, counting from the date of issue. During this time, the traveler can enter Angola on a single occasion or multiple times, depending on its travel plans.

Once the traveler arrives in Angola, must display this document to the authorities so that they can stamp the passport and offer valid entry to the traveler.

If the traveler wishes to stay for more than 30 days in Angola, it will be necessary to go to the nearest diplomatic mission to obtain an extension or a consular visa. Most of the time, the embassy will give the traveler the option to obtain a consular visa, but in that case, the applicant will have to leave and enter the country again and do the entire process outside the country.

Check the list below to find the nationalities that are eligible to apply online for an Angola e-Visa on Arrival:

Visa on Arrival for Angola

The Angola visa on arrival is similar to the electronic version, but in this case, the traveler must go to the border control and ask for it upon arrival. Travelers also have to wait in line to fill out the visa application form and pay the processing fee.

This visa is available for 125 different countries by now. It only has a single entry, which is done once the traveler receives the visa.

This document is valid for 30 days, meaning that this is also the maximum stay allowed for travelers.

Travelers who can apply for the e-Visa on Arrival are advised to do so and avoid doing it upon arrival as they could waste more time in vain.

To check if a traveler needs a visa on arrival and not an eVisa on Arrival, we recommend using our visa checker.

Other Visa Information for Angola

According to Angola Visa Policy, over 45 different countries must obtain an embassy visa to visit the country for any reason or length of time.

Also, all travelers must get the relevant visa from an embassy if they want to stay in Angola for over 30 days and/or for a purpose that does not fall under tourism or business.