Straight out of a fairy tale, Ireland is a country made for dreamers yearning for adventure. The soft rain, rolling hills, and green landscape that stretches far into the horizon are probably the first images that flash across your mind when you think of Ireland.

When think of Ireland, you might think of pubs on every street serving Guinness and blaring traditional Irish music. However, Ireland has far more to offer than just those impressions. From breathtaking parks and intricately designed castles to high-end shopping and winding country roads, here are the top 12 things to do in Ireland.

Also, check out our ultimate guide to Ireland for practical tips and visa needs. 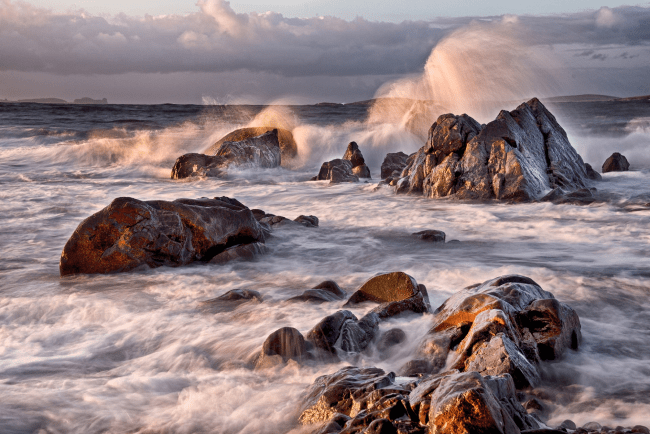 Things to do in Dublin

Ireland’s renowned capital city Dublin is also its largest city in Ireland. Laying on the island's east coast, it is home to more than 25% o f Ireland’s population. Needless to say, there are many things to see in Dublin when visiting Ireland.

Probably one of the first things to do in Ireland is the Dublin hop-on hop-off bus tour. It is a great way to dip your toe into the many things to do in Ireland and Dublin. When you’re ready to begin your adventure, buy a Dublin Pass and jump on a green bus on your preferred route and spend a day or two exploring this historic city.

The routes include several stops, and you are free to choose which attractions you want to jump off and see. Popular stops include Guinness Storehouse, Trinity College, Kilmainham Gaol, Jameson Distillery, Temple Bar, Dublin Castle, and Jeanie Johnston.

The buses offer a great view of the city from the top deck, and the drivers also provide running commentary about Irish history and fun facts about Dublin.

We highly recommend jumping off at the Jameson Distillery if you choose to do the bus tour. Even if the bus tour didn’t make your cut for things to do in Ireland, this stop is worth adding to your list.

The famed Jameson whiskey allows visitors to learn about their distilling process and sample whiskeys and Jameson cocktails at their distillery bar. We recommend booking a guided tour online. It is about 45 minutes long and includes a Signature Jameson Ginger and Lime drink, comparative whiskey tasting, and other alcoholic beverages.

3. The Book of Kells

Visiting the Book of Kells is an absolute must if you’re in Ireland to explore its rich history. One of Ireland's most significant cultural treasures sits within the Old Library building of Dublin City's Trinity College.

The Book of Kells is a ninth-century manuscript with ornate Latin text and intricate illuminations. The medieval text is renowned for its intricacy, detail, and majesty. It is believed to have been crafted as a showpiece for the altar due to its attention to detail.

Aside from the book, there is an entire exhibition, majestic libraries, and the awe-inspiring Long Room to explore. The room holds 200,000 of Trinity’s most ancient texts and has been a working library since 1732.

Don’t forget to pop into the on-site gift shop to grab souvenirs inspired by the Book of Kells and Trinity. You can also buy exclusive items crafted from Connemara marble and personalized leather goods. This is truly one of the things to do in Ireland that you will never forget.

Things to do in Northern Ireland

While in Dublin, it may be worth making a quick trip to explore the sovereign state of Northern Ireland, which is part of the United Kingdom.

The border between the Republic of Ireland and Northern Ireland is usually always open and difficult to discern. One can easily drive or catch a train or bus from one to the other.

Who could resist the chance to see The Giant's Causeway and Causeway Coast, which has been a UNESCO World Heritage Site since 1986? Despite technically not being in Ireland, this made our list of things to do in Ireland.

Lying at the foot of the Basalt cliffs, Giant's Causeway runs along the Antrim plateau and boasts 40,000 massive black basalt columns poking up from the sea. From climbing over the ancient stones to indulging in the legends about giants walking through the sea to Scotland, this site will convince you that fairy tales are real.

\Then make your way to Carrickfergus Castle in County Antrim. The old Norman castle in Northern Ireland sits on the northern shore of Belfast Lough.

It is one of the best-preserved medieval castles on the entire island, and visitors can still walk through its structure. The castle also has a visitor's center and a display of cannons from the 17th-19th centuries.

Things to do in Southern Ireland

Moving back to Ireland after our tiny excursion to the neighboring north, let’s go all the way to the opposite side of Ireland and embrace county Kerry, the stunning Cliffs of Moher in the southern part of Ireland.

The Cliffs of Moher lie on the southwestern edge of the Burren region in County Clare. Rising up along the Irish coast, the cliffs of Moher span a whopping 8.7 miles. Naturally beautiful, the Cliffs of Moher have been a muse for artists, musicians, and even poets for centuries. Its stunning structure has even intrigued scientists and geologists.

The Cliffs of Moher boast safe, paved pathways and unrivaled views of the sea, land, and sky. This is probably one of the most impressive things to do in Ireland.

8. Drive the Ring of Kerry

While visiting Ireland, there is one travel experience you absolutely cannot skip, and that is driving the Ring of Kerry.

The drive takes about three hours without stopping; however, for those who want to savor the experience, we highly recommend breaking the journey up and taking detours to see other intriguing sites along the way.

Some places worth seeing on the way include Skellig Islands, Gap of Dunloe, Staigue Fort, and Derrynane House.

Probably one of the most popular things to do in Ireland is to explore McGillycuddy’s Reeks which is the highest mountain range in Ireland, and the famed lakes of Killarney.

In the very center of the park lies Bourn Vincent Memorial Park. It was given to the Irish State in 1932 by Senator Arthur Vincent and his parents-in-law, Mr. and Mrs. William Bowers Bourn. The park was given in memory of Senator Vincent’s late wife, Maud.

One of the most exciting things to do in Ireland is visiting the oldest operational lighthouse in the world. Sitting prominently on the South Eastern side of Ireland, it was once voted Ireland’s favorite attraction.

The Hook Lighthouse in Wexford serves as a hallmark of Irish history. Built over eight hundred years ago by Knight William Marshal, the lighthouse transports visitors back in time. Take the guided tour, offered seven days a week, for the full experience, including tales of medieval times and the adventures of a lightkeeper.

Snap incredible pictures of the spectacular view from the balcony as the sea rolls below and finish your visit with a stop at the gift shop, exhibits, and café.

Next, jump in your car, join the Wild Atlantic Way tourism trail, and drive from the south coast along the west coast to the north of Ireland.

Plan out at least one to two weeks for the drive. If you plan to break up the journey or want to take your time to explore, plan three weeks out for the Wild Atlantic Way.

After all, the world's longest coastal route deserves to be enjoyed to the fullest, especially since there are 188 Discovery Points on the Wild Atlantic Way, including the wild Donegal headlands and the peninsulas of Kerry and Cork.

Things to do off the coast of Ireland

Are you looking for more adventures in Ireland? Have you covered all the things to do in Ireland that we already mentioned? Then consider exploring some of the wonders just off its coast.

If you still have a little time after you’ve toured the whole of Ireland, consider visiting this quaint trio of islands in County Galway. Visitors can take a 35-minute ferry ride to the islands of Inis Oírr, Inis Mór, and Inis Meáin, where you will be exposed to the traditional Irish society of Gaelic speakers.

You can also see a prehistoric fort on a cliff, a shipwreck, relics of the Celtic churches, and stone-built cottages. The islands make a perfect day trip, but you can stay longer.

After reading about the breathtaking Cliffs of Moher, and the chance to hear traditional Irish music in Ireland, to the many other things to do in Ireland, it’s clear that this country should be high on your travel bucket list.

And if our list of things to do in Ireland has convinced you to start planning a trip to the picturesque country, then remember to check out our ultimate guide to Ireland for practical tips, such as visas.

While a golden visa isn’t a direct path to citizenship, foreign nationals can obtain residency in Ireland under the Immigrant Investor Program (IIP)....

Ireland may seem big when you’re planning out your travels, but it is, in fact, a relatively small island making it pretty easy to explore. We’ve crea...

Ireland may be small, but there is plenty to explore. We have hand-picked the best cities to visit in Ireland based on what they have to offer. From c...

Straight out of a fairy tale, Ireland is a country made for dreamers yearning for adventure. The soft rain, rolling hills, and green landscape that st...