If you have travel plans to go to this ancient country, you will need a Jordan Pass which you can request through iVisa.com. The Jordan Pass will be valid for 1 year. Additionally, you must be up-to-date with the vaccine listing that you will find in the Frequently Asked Questions (FAQs) later on. 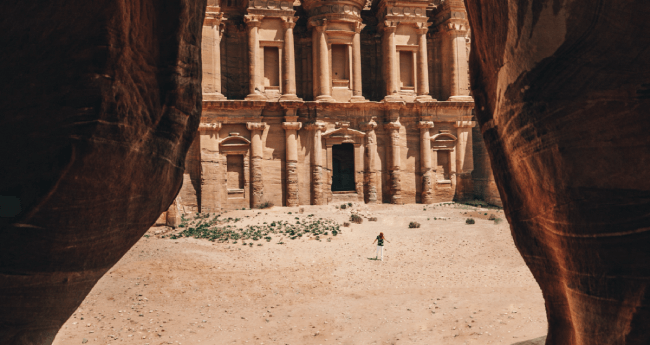 Jordan is an Asian country located in the Middle East, surrounded by Syria (north); Irak (northeast); Saudi Arabia (east and south); the Red Sea (southwest); the Dead Sea, Israel, and Palestine (west). Its main tourist attraction, Petra, is considered one of the Seven Wonders of the Modern World and UNESCO World Heritage Site since 1985.

You will need several. The complete vaccine inventory can be found in the FAQs. A Jordan Pass will be mandatory as well to have access to Jordan territory. iVisa.com may assist you in getting this travel document. The Jordan Pass is valid for 1 year after issued for a single entry.

Which are the vaccine requirements to travel to Jordan?

Get your Jordan Pass now.

Is there a risk of Malaria in Jordan?

Apply here for a Jordan Pass.

Is the Dengue fever present in Jordan?

Is PCR test (COVID-19) required to travel to Jordan?

Fill out the Jordan Pass application.

What other potential dangers to traveler’s health are there in Jordan?

The Middle East Respiratory Syndrome (MERS). It is common in middle eastern countries such as Jordan. There is still not enough information though on how people get infected, but it may be due to human contact with camels.

Symptoms are fever, cough, and shortness of breath. To prevent infection, wash your hands often and thoroughly, avoid touching your eyes, ears, and mouth, and stay away from the sick, especially if they have MERS.

Apply for a Jordan Pass.

What are iVisa.com processing times and fees?

Take me to the Jordan Pass application form.

What is the government fee for getting my Jordan Pass?

Is it safe to use iVisa.com to get my Jordan Pass?

Yes, it is. The mission of iVisa.com is to facilitate a rapid and safeguarded service online to permanently keep your personal information protected.

If I need more information, where can I find it?

iVisa.com’s support team will be available for you 24 hours a day, 7 days of the week for any questions or concerns you may have.

Petra and The Treasury Temple

A historic and archaeological city in southern Jordan. It is still the country’s symbol and moreover its main tourist attraction. Also known as the "Rose City" because of the stone color from which it is carved. UNESCO World Heritage Site since 1985.

Its surrounding area has been inhabited since 7000 BC. Based on archaeological findings, it is estimated that the Nabataeans (nomadic Arabs) lived in this area from the second century BC and that this was also their capital and core of their commercial activities. Due to its proximity to trade routes, Petra soon became the focus of their wealth.

You get there through the “Siq”, a 1.2km long canyon that will lead you to Al-Khazneh temple (means “The Treasury”; the Bedouins called it like that in the early 19th century because they believed there were treasures inside). This might have been the mausoleum of the Nabatean King Aretas IV in the 1st century AD.

Al-Khazneh temple became famous after its facade appeared in the 1989 Hollywood film, “Indiana Jones and the Last Crusade” but it has been featured in many other films and television series.

iVisa.com can prepare you for Jordan!.

Jordan Vaccination Requirements: Do I need a vaccine to travel to Jordan?