Turkish Visas in a Nutshell

Turkish Visas in a Nutshell

Get great tips on how to process a visa to Argentina

Our eCommerce visa store will help youa pay your Visa to Argentina or Argentina Reciprocity Fee. We also provide great tips on other countries, and today we will talk about Turkey. 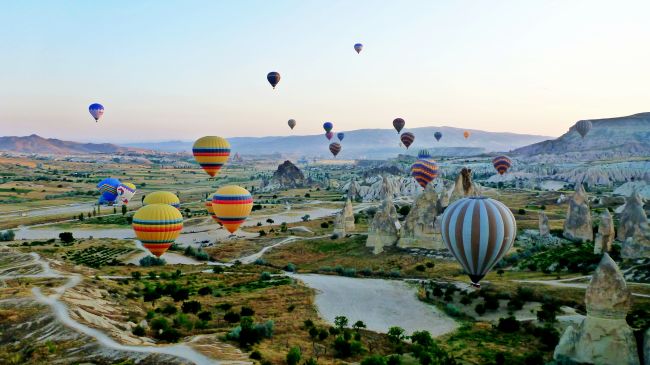 Historically, the idea of a Visa for Turkey was nonexistent. If you had told citizens hundreds of years ago that you would need piece of paper to cross the border, they probably would have laughed. But as more and more people sprung up in the world, there had to be a way of controlling the inflow and outflow of border crossings.

Unlike our ancestors of centuries ago, you do need approval before you are allowed to tour the country. To ease the process and get you there quickly, we have created a user friendly website. Everything you need to know about linking your passport with an e-visa is readily available for you here at https://www.ivisa.com.

Should you take a trip to Turkey? We believe with as much history is involved with the country, this needs to be a must visit destination at some point in your life.

Modern day Turkey has plenty of conveniences and comforts of everyday life but it also holds plenty of relics to the past. Ancient walls and buildings continue to deteriorate, though still remain standing.

Let’s take a brief look at the history of Turkey and make sense of why you should turn in a Turkish Visa Application in order to see it yourself. First Turks: Over 4,000 years ago, the first Turks were believed to have inhabited Central Asia. From there, many Turks began to disperse and migrate to other portions of the continent. This soon became the start of many new empires including The Great Hun Empire, which began in the 3rd century B.C.

Anatolia: Turkey got its start when Turks arrived and later conquered the land from its settlers around the 11th century A.D. Once the battle near Byzantine became victorious, Turks poured into Anatolia at high rates. By the 13th century, the first Turkish State was established.

Ottoman Age: Only a century later did Mongols begin taking over the Turkish State. A leader by the name of Osman was the reason for naming the new empire. The Ottoman Empire leapt into control and continued its strength for about 600 years. Growth excelled well into the 16th century but began declining when leaders of the empire refused to adapt to new developments going on in other parts of the world. This eventually led to its decline and change later on near WWI.

WWI: The Ottoman Empire started the war well but was later defeated by the invasion of Britain, France and Russia. This marked the end of the empire.

Turkey: The modern country of Turkey began in 1923 when its first president, Mustafa Kemal, was elected. Today, Turkey continues to enjoy the freedoms of self-government and thrives in being one the most historical countries in the world.

History of Turkey in a Nutshell