The United Arab Emirates visa policy refers to the various laws, regulations and rules settled by the national government that are to be followed by foreigners desiring to enter the Gulf country. The requirements to enter may differ based on the travellers’ nationality, the length and purpose of the trip. 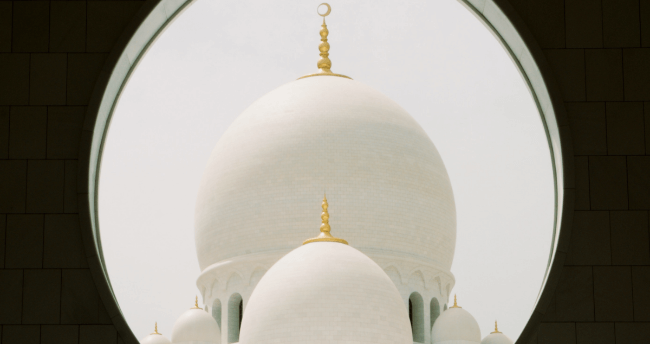 The United Arab Emirates visa policy stands out for being open and flexible. It offers tourists different choices to enjoy time around the nation.

More than 40 nationalities are part of the UAE visa-free scheme, meaning they can enter the country without a visa. The main requirement is to have a passport that remains valid for at least six months.

Included in this list, citizens of the members’ nations of the Gulf Cooperation Council (Kuwait, Saudi Arabia, Oman and Bahrain) can gain access to the UAE without the need for a passport and by presenting only their national ID card. However, despite Qatar being a GCC member, travellers holding Qatari passports must possess a visa before arriving in the Emirates.

According to the United Arab Emirates visa policy, foreign travellers from over 30 countries can obtain electronically issued visas to get into the nation. Besides, around 20 nationals from other countries are eligible to acquire a visa on arrival once they land in one of the UAE airports.

Citizens from the remaining countries, who are not eligible for any of these previous alternatives, must obtain a common visa for the Emirates through a sponsor. They will also be required to present a transit visa.

Different activities demanding longer stays in the United Arab Emirates will require different types of visas and permits, such as work and residence permits.

Previously, the United Arab Emirates visa policy banned Israeli citizens from entering the country. However, in the latest development, the ban was lifted, and they are now named as one of the nationalities that don’t need a visa to access the Emirates.

Within the next sections, you can find more details about the kind of tourist visas available for the UAE and other important information:

The tourism visa policy for the UAE has changed lately. It now states that travellers from over 40 countries can travel to the country only by presenting their passport, which must be valid for a minimum of six months. They do not need a visa for tourism purposes:

Depending on their nationality, visitors will get a single entry visa valid for a time between 30 and 90 days.

Citizens from five of these countries: Kuwait, Saudi Arabia, Oman and Bahrain, belonging to the Gulf Cooperation Council (GCC), will only be required to show the traveller’s national ID card to enjoy leisure time in UAE, as part of the free movement agreement existing among them. Although, due to recent conflicts with Qatar, nationals from this country are required to apply for a visa before their trip.

The UAE has enabled an electronic visa or eVisa system. Through this program, travellers from more than 140 countries are able to acquire an eVisa. Other 20 nationalities can obtain visas on arrival.

Other nationalities must locate a sponsor who can apply for a visa on their behalf.

In the next section, there is more information specifically on every kind of visa:

eVisa for the United Arab Emirates

As its name suggests, the eVisa is an online or electronic visa, which eligible foreign nationals can acquire through an online application over the internet. The platform is managed by the UAE government.

Around 30 nationalities are eligible to follow the online application process and obtain their UAE eVisa. The digital document is granted for a single entry. It is valid for a maximum stay of 30 consecutive days in the country, and it will expire after 60 days from the date of issue.

The eVisa system works like the usual electronic visa platforms: travellers must complete an application, pay a fee and upon approval, they will receive the eVisa at the email address they provided.

Travelers must print the document and carry it throughout their entire journey until they arrive at the destination country, where immigration officials will ask to see it.

Visa on Arrival for the United Arab Emirates

The United Arab Emirates visa policy offers citizens from 20 nations the chance to obtain their visa on arrival at one of the Emirates’ airports:

Once travellers land at one of the airports, they should go straight to an immigration counter where they will receive a visa on arrival application to be completed. After doing completing the application, they should pay for the visa to receive their travel document.

Authorities provide visas on arrival valid for a single entry for 30 or 90 days. The maximum stay permitted will depend on the passport the traveller holds.

Foreign nationals not registered in previous lists must locate a sponsor to apply for a visa to the UAE on their behalf.

The sponsor can even be the airline used to fly to the Emirates, an official travel agency or a relative living there.

The documentation required by the sponsor will vary according to each traveller’s profile and nationality.

Other Visa information for the United Arab Emirates

Travellers wanting to settle down, live and work in the UAE must apply for a different type of visa. To get a work permit, a foreigner must be backed up by a local company registered in the Emirates.

"How can citizens of the Dominican Republic enter the United Arab Emirates during Coronavirus? "