The Council of Europe Office in Belgrade 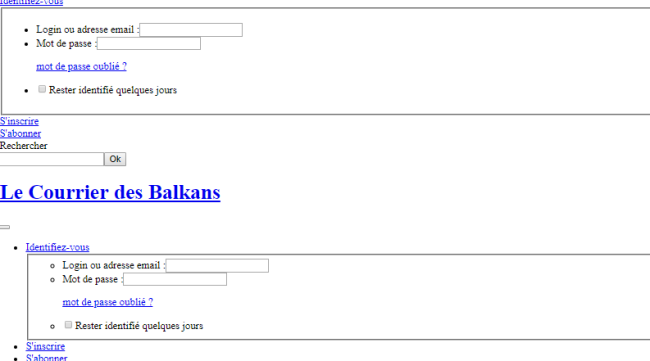 The Council of Europe is an international organization founded in 1949 and headquartered in Strasbourg, France. Based around the European Convention on Human Rights, the aim of the Council is to bond member states together based on democratic principles surrounding human rights, democracy, and the rule of law in Europe.

For Serbia, the Council of Europe office is located in Belgrade. The Office’s website started in February 2009.

There was an About section concerning the founding of the Council of Europe, facts and figures associated with the budget and action plans of the Council, and flag, anthem, and logo information.

The front page included the latest news on human rights, democracy, and legal actions and cases. A Library section contained documents on Committee of Ministers, pace, and the Council of Europe. If you wanted to work for the government on this international committee, the Council listed vacancies and job opportunities on the site where one could apply for jobs.

The Council of Europe had multiple institutions under its umbrella, including:

Activities of the organization were discussed such as their work on human rights, education, youth programs, and cultural/heritage programs.

Specific information for the Council of Europe’s involvement in Serbia was also listed such as human rights activity, democratic efforts, and cultural awareness. A foreword by Serbian Foreign Affairs Minister was included.

The Council listed signed and ratified documents by Serbia, as a member state, including conventions and partial agreements like European Commission for Democracy in Law and Agreement establishing the Group of States against Corruption (GRECO).

Any information regarding Serbian representatives to the Council of Europe, documents pertaining directly to Serbia or Committee of Ministers was on the site.

The Council of Europe Office in Belgrade had a specific regional section that talked about how the Council’s local efforts were employed and how they performed. The goal of the local office was to promote democratic practices and provide updates on further integration into the Europe’s human rights processes.

Information on specific Belgrade offices, field work, staff member roles and committees, and contact information was listed on the site.

Local efforts by the Office included:

The regional office also promoted collaboration with other Council of Europe offices in surrounding regions such as Bucharest, Tirana, Sofia, Budapest, Skoplje, and Sarajevo.

In June 2016, the Office in Belgrade announced the domain would be shut down and the site information would migrate to www.coe.int/belgrade. They also invited site visitors to like their Facebook page. The domain became inactive at the end of July 2016.

As the festive period approaches, there's major buzz in the air about two things, One being Christmas and the other, Spotify Wrapped, when music lo...

Congrats, you’ve found yourself a remote job or taken the plunge to work for yourself online! But before you can call yourself a true digital nomad, y...

Europe Work Visa: Everything You Need to Know

Each EU country has its own visa policies, which differ from country to country. The work visa programs have been established to meet the labor needs...

There is a lot of interest lately in something called Citizenship by Investment (CBI), sometimes also called a Golden Passport. By making significant...