No need to deal with government bureaucracy.
iVisa's team of experts do the hard work for you. 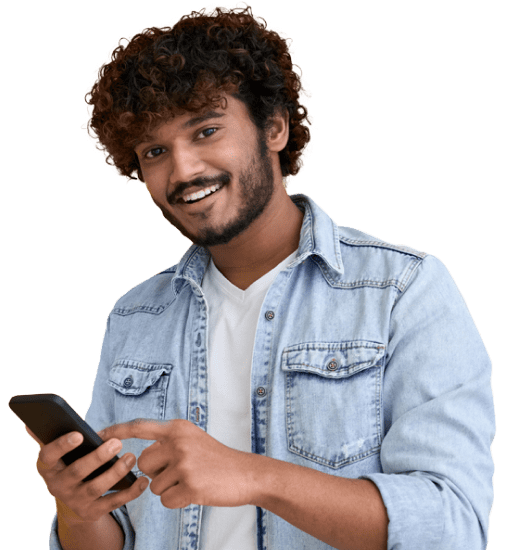 Trustpilot recommended. We lead the industry in innovation and reputation

Why iVisa is your best option

Have a team of experts helping you ensure an Error-Free Application.

Your information is valuable, that’s why we protect it with encryption technologies.

How can I renew my UK passport online?

Watch this video to get a step by step guide on how to do it.

When do I need to renew my UK passport?

You must renew your passport before you can travel if either:

Also, You’ll need to get a new passport to travel abroad or prove your identity if you change any of the following:

When I don’t need to renew my UK passport?

You do not need to get a new passport if you:

What if my UK passport is damaged?

You must replace your passport if it has more than reasonable wear and tear because you may not be allowed to travel with it.

What if my UK passport is lost or stolen?

You’ll need to ask someone to confirm your identity online if you’re replacing a lost or stolen passport.

How long does it take to renew a UK passport?

Allow up to 10 weeks to receive your passport. Check how long it will take to get a passport before you apply.

How will I get my new UK passport?

Your new passport will be sent to you by courier or Royal Mail. They’ll either:

Do I need to give my current passport to iVisa?

No you don’t, your passport will only be moved through official UK authorities.

Do I need to give my current passport to the UK government?

Yes, you need to send your current passport directly to the UK government, this delivery is included in iVisa’s service.

My passport is burgundy or has “European Union” on the cover, Can I still use it?

If your passport is burgundy or has ‘European Union’ on the cover, you can still use it as long as it’s valid for travel.

Where can I read more about it?

Get Your UK Passport Renewal with a Premium Online Agency Now!

When you think of England, what comes to mind? Though this may be a difficult question to answer, we're certain the same few dozen things will spring to mind: London, also known as “The Big Smoke”, and its many landmarks, The Royal Family, Big Ben and Westminster Abbey, Windsor Castle, Stonehenge and Stratford-upon-Avon.

The UK is one of the most popular country destinations across Europe and it is not surprising with its particularly well known historical attractions, wildlife, pretty countryside villages, rock and indie music, and many other things that are recognised the world over. And then there's Queen Elizabeth II - who has apparently been on the British throne for 63 years!

Queen Elizabeth II is probably one of the most well known Queens of all time, and rightly so. She has been the 7th monarch of the UK since 1952, which is a mighty impressive feat in itself! Other infamous British people and things include: David Beckham, Shakespeare, Fish and Chips, Red Buses, black cabs, Oasis, Blur, the Beatles, and English tea. England is famous for its long, brutal history, and of course for being that tiny island country that conquered most of the world at some point or another.

Your key to enjoying any of the above is to have your passport fully updated and ready to travel. It's common that we see the expiry date on our passport as sometime far into the future and unsurprisingly that date creeps up on us and it's too late or there is not enough time to get a new one before travel.

Whether you are a UK Citizen or not, passports are a crucial part of life these days - you need one for pretty much everything from travelling abroad to even setting up a bank account. Before you go on to learn more about travelling in the UK, don't miss the opportunity to check on your passport renewal date, and if you need a new one don't hesitate to let us at iVisa.com know. Keep reading for more information: Apply for Passport Renewal Online with iVisa - All About The United Kingdom.

The United Kingdom, located at the northwestern shore of Europe, was the world’s first industrialized country. The Industrial Revolution was the transition to new manufacturing processes in Europe and the United States, in the period from between 1760 to 1820 and 1840. Innovations like the flying shuttle, the spinning jenny, the water frame and the power loom made weaving cloth and spinning yarn and thread much easier. You can see evidence of such impressive, innovative machinery at many industrial heritage sites such as The National Railway Museum in York, Ironbridge Gorge, Telford, The London Science Museum and The Manchester Science and Industry Museum.

Manchester in North West England, is not only famous for its football teams, Manchester City and United, but is also a cultural hub for any traveller looking for a wholesome experience. The city is fun, vibrant, green and not too big to explore. It's also known for its cotton mills that run along the canal, its town hall and imposing commercial architecture. The old textile warehouses provide a distinctive element in its streetscape and make it unlike any other town in England. Many of these old industrial buildings have now been converted into beautiful apartments, galleries, nightclubs and even churches. Of course, while you're there don't forget to visit the Old Trafford and Etihad football Stadiums.

Speaking of sports, The UK is famous for many, most of the world's beloved and admired sports began in the UK which includes football, golf, cricket, rugby and lawn tennis. Cricket became England’s national sport. The UK football teams and their leagues standards hold a substantial influence in the world when it comes to the sport.

It's quite common to watch a local footy match and then head down to the pub for a pint of your local ale with your mates. In the United Kingdom pubs are a communal meeting place, an acronym that stands for public house. There are about 60,000 public houses out of which 53,000 are in England & Wales, 1,600 in Northern Ireland and 5,200 in Scotland. Pubs are the best place where people can relax, talk, drink, eat and unwind themselves. As a custom a group usually buys drinks in a round where a single person pays for everyone, and you take it in turns. Most pubs offer all kinds of locally brewed beer and delicious pub food to compliment, like steak and ale pie with beer battered chips. They usually have very traditional names such as The Crown, The Chequers, The King’s Arms, and The White Horse.

While you're in the UK, don't miss Edinburgh, Scotland's beautiful capital, Ancient Stonehenge and Medieval Salisbury, Northern Islands Giants Causeway and the idyllic Cotswolds and Lake District for a constantly gorgeous backdrop of rolling green hills and lakes.

It's easy with iVisa.com all you need is a digital passport photo, a card to pay with and your current or old passport. If you have more questions about the topic Apply for Passport Renewal Online with iVisa - All About The United Kingdom just go to iVisa.com, where you can also find more country-specific information. And if you have any questions about our services you can contact us 24/7 via our customer support team, who are always happy to help you.