Home > The ‘Spookiest’ Places to Visit on Earth

The ‘Spookiest’ Places to Visit on Earth

In the month of October, Summer has officially ended, pumpkin-spiced lattes are back on the menu, and Beer lovers congregate for Oktoberfest. But, most importantly, it’s Halloween!

As the spooky season is upon us, we've curated a list of the Spookiest Places to Visit on Earth!

This guide takes a deep dive into lots of eerie locations across the world, the UK and the US, to give you inspiration for your next ‘spooky’ trip.

Here are the top 10 spookiest destinations on the planet: 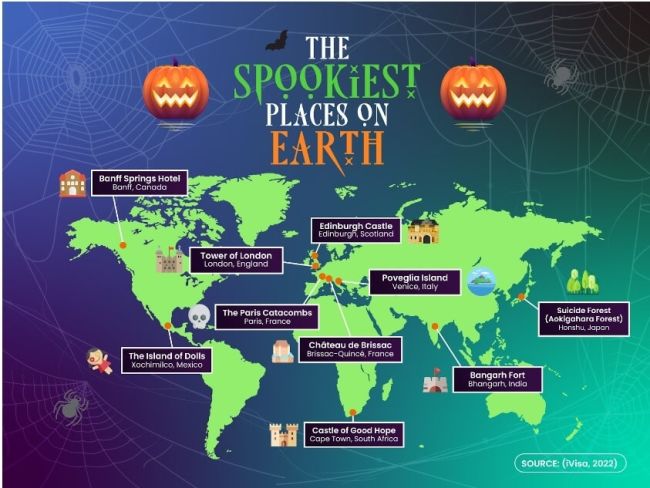 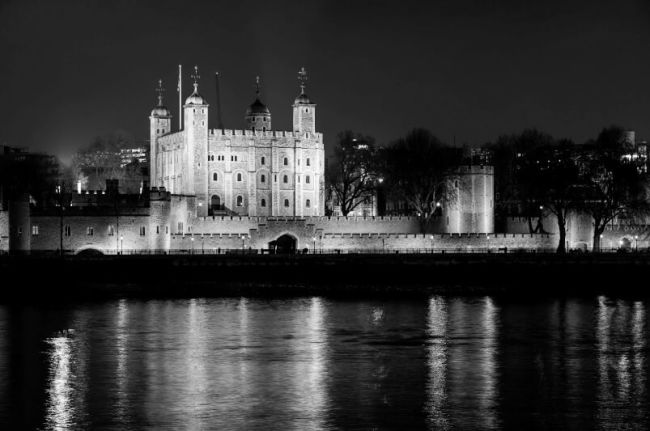 London is probably one of the most famous cities in the world, and there are many reasons for that. From the undisputable architecture to its cosmopolitan vibes, old and new live side by side. However, London’s incredibly eerie past makes it the spookiest city in the world. Here’s why: 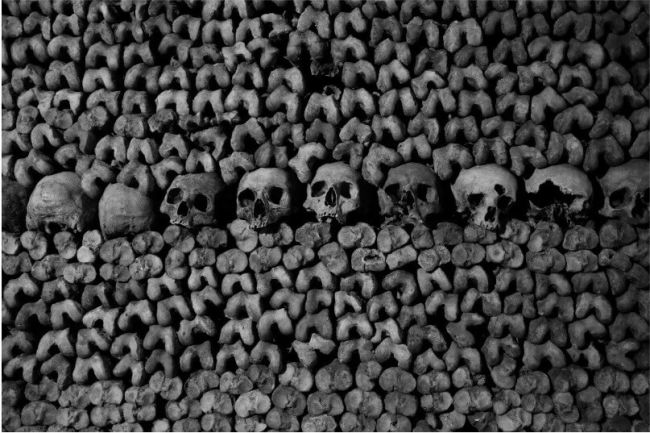 Whether you’re dreaming of recreating Emily in Paris or you’re an Amélie fan, France’s capital is best known as the ‘city of love.’ However, there’s a darker side that some may not know about:

While you may not have heard of Xochimilco, it’s worth visiting, not just for its spookiness! Located in southern Mexico City, it’s famous for its canals - the last remnants of a vast water transport system built by the Aztecs. Here’s why Xochimilco was number 3 on the spooky list:

Scotland’s capital is a cultural hub known for its beauty. Architecture-wise, the city is home to Mediaeval and Georgian buildings. But what makes Edinburgh so spooky?

Bhangarh is a village in India located in Rajgarh Alwar, Rajasthan state. Known for its royalty and forts, it’s listed as one of the most haunted places in India:

Visa info British passport holders require a visa to enter India, and you can apply for them online.

Known as the “floating city,” Venice is up there with Italy’s most picturesque cities. But why is Venice so spooky?

That iconic Lake Louise snap (yep, you know the one) is enough to urge you to book the next flight to Banff. For outdoor enthusiasts, Banff is the place to be. It’s spooky because:

Honshu is Japan’s main and largest island and is home to Tokyo, the capital city. Here’s why Honshu made it onto the spooky list:

If you Google Brissac-Quincé, you’ll be greeted with classic French chateau images. Located in the west of France, its picturesque aesthetic is enough to make you leave the city and become a romance writer. It’s also really spooky:

Cape Town is the place to be if you’re into warm weather, busy harbors, and a cosmopolitan vibe while being surrounded by nature. This is why it’s spooky:

As a whole, the UK is said to be pretty haunted. From the plague to the trials of witches, Britain has an unsettling past. Here are the top 10 spookiest places to visit in England: 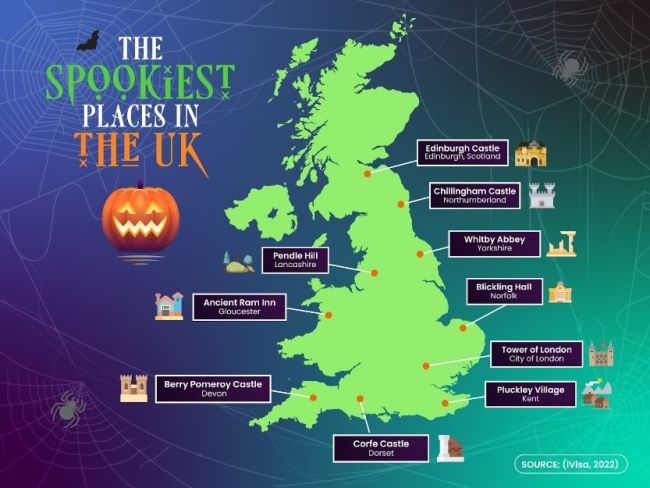 The most haunted building in London (for obvious reasons), the Tower of London was the execution place of not only Anne Boleyn but Catherine Howard, Lady Jane Grey, and a whole host of others. 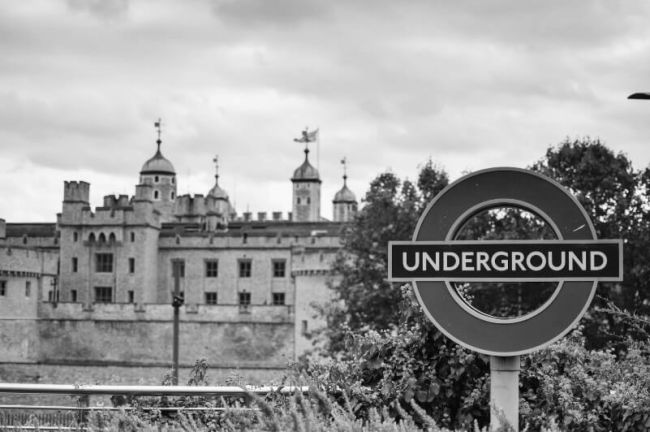 The 1612 Pendle Witches Trial is one of the most famous in English history. Twelve people who lived in the area of Pendle Hill, Lancashire, were accused of murdering ten people by witchcraft. The “witches” are said to haunt the buildings and villages.

The medieval fortress is known to be home to many ghostly spirits. For example, The Grey Lady, whose true identity has been debated for centuries. Some believe she is Lady Douglas, a woman accused of witchcraft by a vengeful King, James V. Others argue she is Marie de Guise, the Catholic mother, and regent of Mary Queen of Scots. 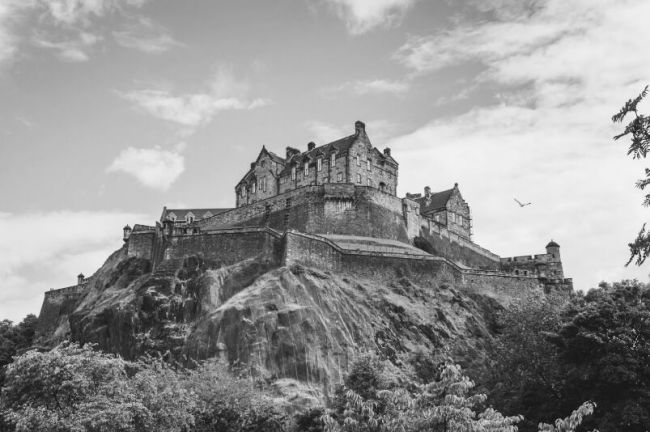 Chillingham Castle in Northumberland is rumored to be England’s most haunted castle. Several ghosts are said to walk the grounds, including the “Radiant Boy,” whose cries are heard at midnight every night. The castle is also home to Lady Berkeley, whose husband, Lord Grey ran away with her sister. The rustle of her dress is heard walking around the castle as she searches for her long-gone husband.

The Berry Pomeroy Castle has its fair share of paranormal activity. It’s said to be home to various ghosts, including the restless soul of Margaret Pomeroy, who was imprisoned in the castle dungeons by her sister and starved to death. 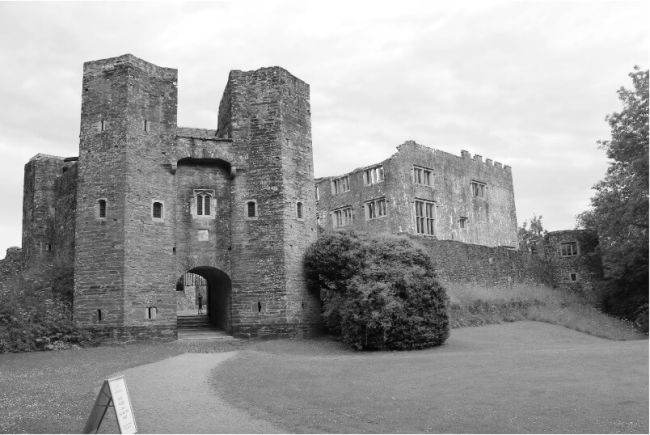 This little village has the reputation of being the most haunted village in England. It’s even in the Guinness Book of Records. Rumor has it that the village is home to 12 official ghosts, with many claiming there are more.

The Ancient Ram Inn is the oldest building in Wooton Under Edge. It is said to be haunted by ghosts, particularly the spirit of an alleged witch who was burnt at the stake in the 1500s for not practicing Christianity.

This grand Norfolk residence is also meant to be another home to Anne Boleyn’s ghost. People have said they’ve seen her wearing a white dress and carrying her severed head, dripping with blood. 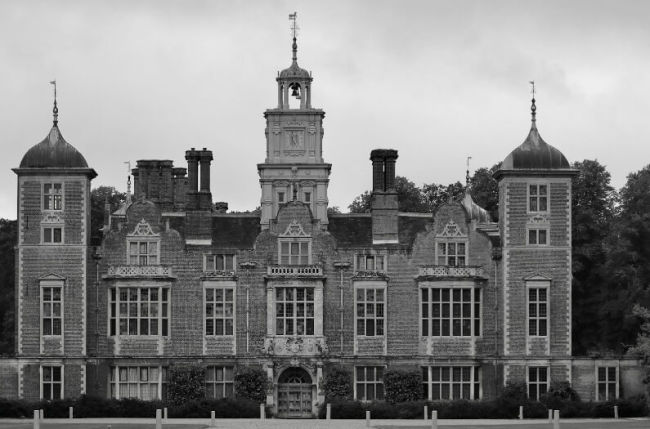 Whitby Abbey is the infamous backdrop to Bram Stoker’s gothic novel, Dracula. It is rumored to be haunted by St. Hilda. She opened the Abbey in 1882, and her figure is said to have been spotted roaming the Abbey, where she peeks from some of the highest windows. 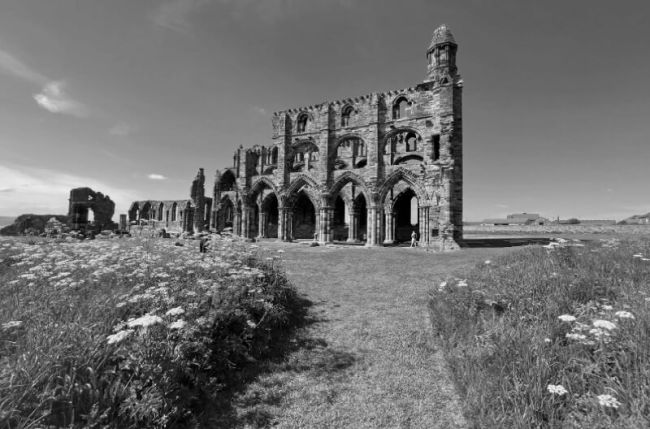 The ruined fortress, Corfe Castle, is at the center of legend. Rumour has it that the ghost of Edward the Martyr can be seen wandering the grounds. Where he, the 18-year old, anglo Saxon, heir to the throne, was murdered. 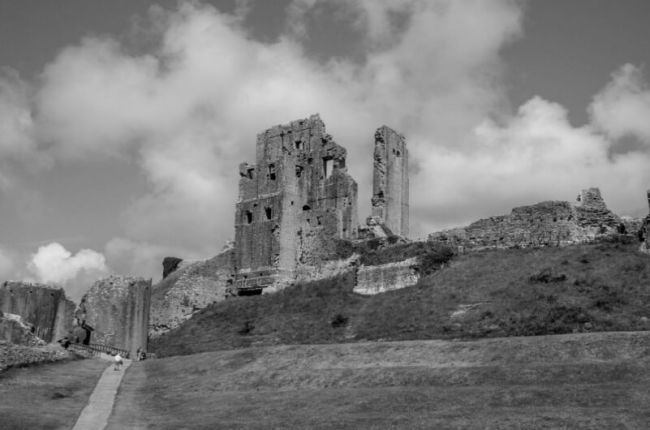 The US is home to many ghost stories. From haunted prisons to paranormal ships, these ten spooky locations are not for the faint-hearted: 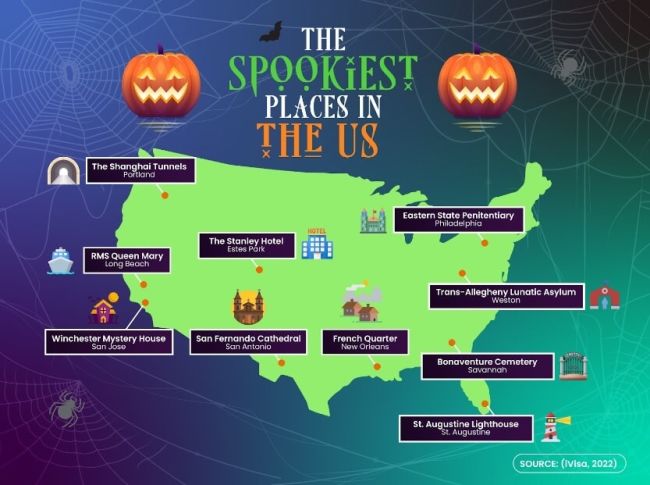 This famous Pennsylvania jail was home to many notorious prisoners. From Al Capone to ‘Slick Willie’ Sutton, the prison is also known for its hauntings. Travel Channel’s Ghost Adventures launched a paranormal investigation and found there to be voices, shadow figures, and other occurrences that couldn't be explained. 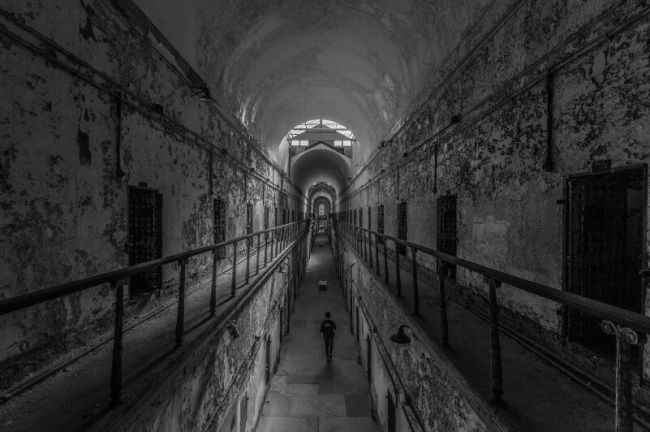 Located near the Rockies, The Stanley Hotel was the inspiration for Stephen King’s novel, The Shining. The hotel has also been linked to other strange paranormal occurrences. 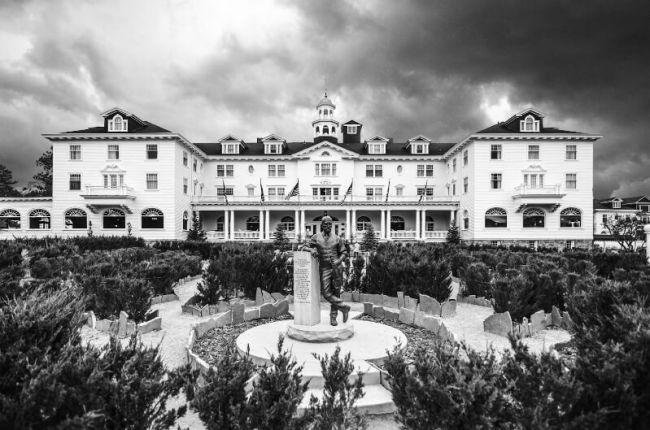 AKA the Weston State Hospital in West Virginia, it’s considered to be one of the most haunted destinations in America. The hospital operated between 1864 to 1994, and although it was built to house 250 patients, 2,500 were crammed inside its grounds. Due to obvious overcrowding and bad sanitation, many are said to have died, and some ghosts allegedly remain. 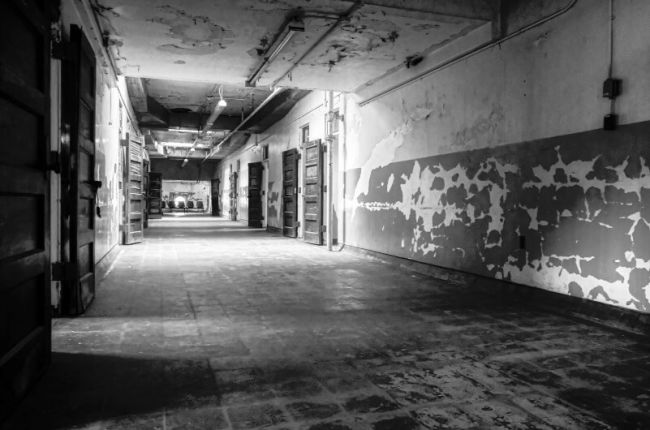 The St. Augustine Lighthouse is said to be home to a few ghosts, most notably the Pittee sisters. In the 1800s, their father worked on the lighthouse, so the family moved there. While playing on the construction site, they fell from the lighthouse into the sea and drowned. You can still hear the girls' giggles, along with finding small, muddy footprints.

Located along the Wilmington River, Bonaventure Cemetery is supposedly home to the ghost of a 6-year-old girl who died of pneumonia. A statue was carved in her memory, where some claim to have seen her with blood dripping from her eyes. 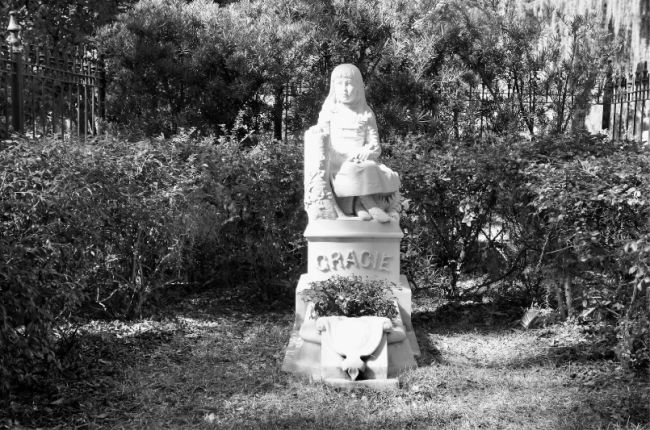 This Californian house was built by Sarah Pardee Winchester with the alleged intention to “appease” spirits. According to the employees, many visitors have applauded the actor who was repairing the fireplace in the ballroom, wearing period clothing. But they have never hired an actor…

The darker side of the French Quarter is said to be a breeding ground for things that go bump in the night. For example, St Louis Cemetery (the oldest above-ground cemetery) is said to be home to the ghost of Creole Voodoo witch Marie Laveau. Who is rumored to whisper curses to scornful visitors and passers-by. 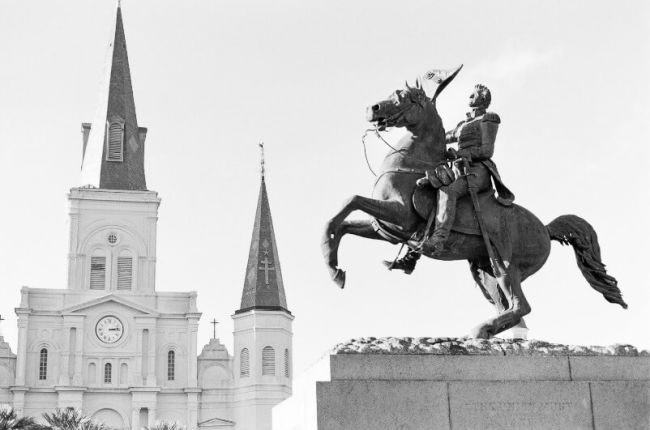 The Queen Mary ship, which is now no longer in use, is said to be home to over 150 ghosts. Rooms allegedly smell like cigars and perfume, and laughter is heard as well as whistling and squeals. 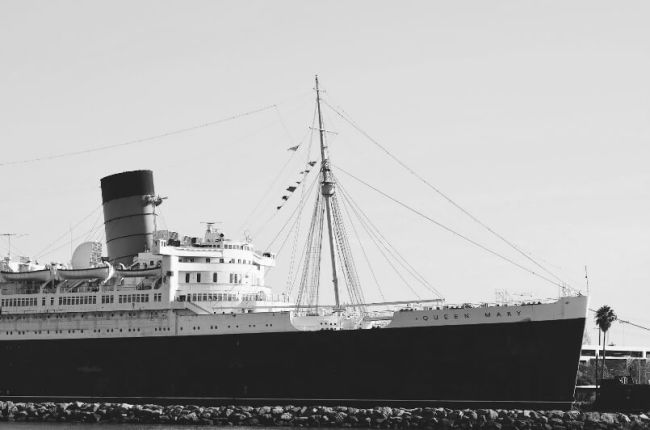 San Fernando Cathedral is the oldest church in the Lone Star State and may be the most haunted place in all of San Antonio. It is said to be home to many spirits who wander the grounds as they did in life, and now in death. 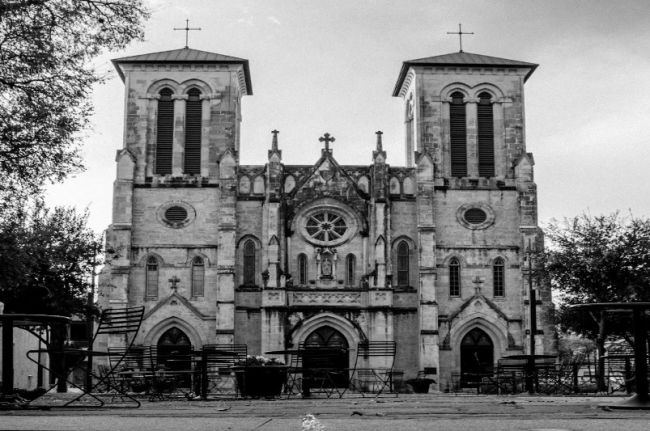 Portland is home to the Portland Underground, which is more sinisterly known as the Shanghai Tunnels. A series of 150 year old tunnels that connect the basements of the city's oldest buildings to the Willamette River. It is alleged that back then, young men we’re drugged and carried aboard ships bound for Asia, forced into slave labour by infamous captains.

And there you have it - the spookiest places to visit on Earth. Whether you want to take this year’s Halloween to the next level and get your spook on in one of the destinations listed, or you’re happy observing safely from behind a computer screen, there’s no denying that there are some seriously eerie places on this planet. And after completing this research and landing in London as the winner, you might want to watch your back the next time you take a trip to the big smoke…

As the festive period approaches, there's major buzz in the air about two things, One being Christmas and the other, Spotify Wrapped, when music lo...

Congrats, you’ve found yourself a remote job or taken the plunge to work for yourself online! But before you can call yourself a true digital nomad, y...

Europe Work Visa: Everything You Need to Know

Each EU country has its own visa policies, which differ from country to country. The work visa programs have been established to meet the labor needs...

There is a lot of interest lately in something called Citizenship by Investment (CBI), sometimes also called a Golden Passport. By making significant...