The world is currently in the grip of one of the most feared pandemics and Indonesia, like most other countries, has changed its policies in an attempt to slow down the spread of the deadly COVID-19. It is now very difficult to enter the borders of any country and Indonesia is no different. Many nations in the world now require several documents like the Health Alert Card to prove that the entrant is a low-risk candidate for entry in order to protect their citizens and other travelers as well.

There is no doubt that the rapid and widespread rampage of the coronavirus outbreak has caused quite a bit of disorder on the economies and entry policies of a lot of countries. The disease has been designated a pandemic a few months ago, and that is surely due to the fact that the transmission of the virus from one person to another is quite easy and there are a lot of people who rub shoulders with each other back when there was little knowledge about the virus and how it affects people’s health. One of the most high-risk areas are airports and other points of entry where people congregate, come in contact with each other, and then proceed to go to different destinations.

Note: Since April, 2022, the Indonesia Health Alert Card is no longer necessary to enter the country. 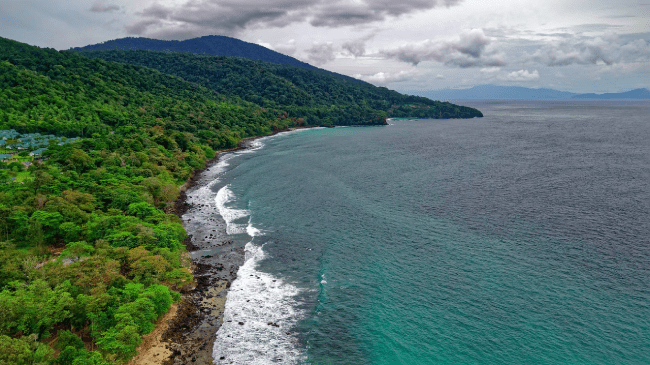 SARS-CoV-2 (or Severe Acute Respiratory Syndrome Coronavirus 2) is the second coronavirus to cause severe respiratory diseases in human history. It is the pathogen causing COVID-19 (for 2019, the year when it was identified) and is widely regarded as one of the most feared and disruptive viruses ever, affecting most countries of the known world. It is a known fact that it is easily transmissible from one human host to infect another, with people getting the disease simply by touching an infected person or breathing in the airborne virus. Because of this, and the fact that international travel was very easy for everybody, the disease became a pandemic virtually overnight.

Most scientists and medical professionals agree that the virus first came out of a small region in mainland China called Wuhan. It is an area that is quite known for a market that includes exotic food items and they sell these for human consumption in restaurants. The exotic food items that one can purchase out of Wuhan include bats, which is the only known host for the virus before it infected humans. The probable reason why the infection got out is because of tourists who sampled bat soup and other bat-based dishes who didn’t know they were infected and then proceeded to go back to their countries or go to other destinations, thereby spreading the virus even further.

COVID-19 has been declared a pandemic by world health authorities just a few weeks after it was identified, and by then it was already too late. Tourists and overseas workers brought home the disease from where they went to and infected others. It did not help that many people regarded the disease as not something to be taken seriously and constantly flouted safety measures like not wearing facemasks or going into quarantine. And because the number of infected is too high for some governments to keep pace with, many of the patients are left to die without getting enough treatment.

The virus begins by attacking the mucous membrane lining the lungs and the air sacs or alveoli, the place where gas exchange between the lungs and the bloodstream occurs. It causes the mucus to thicken into consistency and the increase in viscosity (along with the subsequent lowering of its fluidity) makes absorbing oxygen from the air (and carbon dioxide from the blood) very inefficient. The result is a low concentration of oxygen in the bloodstream along with a higher percentage of carbon dioxide, causing organ failure if left untreated.

Do I need a COVID vaccine or vaccination certificate to enter Indonesia?

Yes, Indonesia has been taking steps to restore travel within its borders. In order to enter Indonesia, travelers aged 18 and older need to display the COVID vaccine passport or vaccination certificate.

Travelers are considered vaccinated if all doses of a vaccine against SARS-Cov-2 have been administered for at least two weeks before traveling.

The Global Spread of COVID-19

In the time leading up to the designation of COVID-19 as a pandemic, it was very for almost everybody to travel anywhere using any point of entry into almost any country. International is an essential part of every country’s economy, from tourists visiting scenic spots to workers and investors bringing in the money. All that changed when the virus rampaged through every country in the world.

Of course, it stands to reason that the countries with the most people going in and out of their borders would be the most affected. European countries like Italy, with Venice and the Vatican within its borders, were hit pretty bad by the virus as it stormed through every possible human that it can infect. The United States was also heavily affected by the progress of the disease, the total deaths in the country reaching well over the thousands. Indonesia, with its booming tourist trade, was no exception.

How did Indonesia Respond to the Crisis?

Non-Indonesian travelers are currently not allowed to enter the country, except when they have special documents to grant them entry. These are the exceptions to the travel ban currently imposed on non-Indonesians:

4.Foreigners who are working with the government on special projects.

6.Transport crew members for the sea, air, or land travel.

All qualified entrants must still present additional documents to proceed, such as health certificates provided by the entrant’s home country, and a Health Alert Card. A Health Alert Card is basically a document with questions about the travel history of the entrant. If the entrant is found to have stayed in certain locations within the last 14 days, even if they have the other documents, they will still be refused entry. Here are the locations that Indonesia is putting on its list of banned destinations in the last 14 days:

It would be quite difficult to enter any country at the moment and you need to know if you are qualified to enter your destination’s territory so you don’t waste time and money.

Indonesia Vaccination Requirements: Do I need a vaccine to travel to Indonesia?

Traveling to Indonesia is a fantastic opportunity to learn about different cultures. However, there are some health requirements that tourists must fu...

Can I travel to Indonesia during Covid-19?

Indonesia is an amazing destination if you think about making your next trip. But first, you need to know the Covid-19 restrictions. Here at iVisa.com...

How to get the Indonesia 14 day quarantine requirement

Several countries have taken necessary measures to combat the COVID-19 pandemic while keeping the tourism active, especially because it remains as an...

The world is currently in the grip of one of the most feared pandemics and Indonesia, like most other countries, has changed its policies in an attemp...