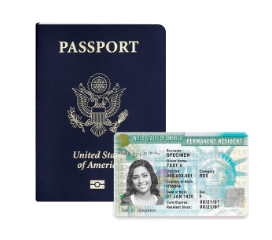 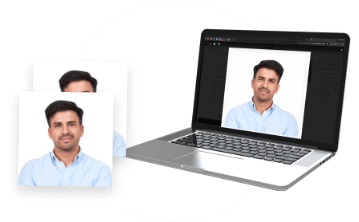 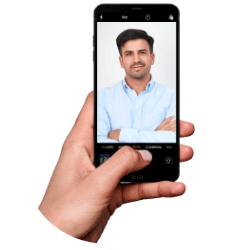 Traveling to other countries can become quite bothersome if you don’t have the necessary documents with you, which emphasizes the importance of having the correct ID photo on all your travel documentation. Of all the paperwork that you absolutely must have while traveling in other countries, none are as important as the passport and all the accompanying visas for all the countries that you are traveling to. These documents will help confirm and verify your identity and nationality, as well as validate your stay in the host countries.

It can be easy for a person to confuse the passport with a visa. For one, both are travel documents essential in entering a country where the entrant is not a citizen of. Another reason is that there are a lot of people who are unfamiliar with all the nuances of international travel. These are the main reasons why the inexperienced may have their travel plans delayed by getting only one or the other, not actually getting them both at the same time. So let us differentiate the passport from a visa.

A passport is an official document issued by the Foreign Affairs, or similar service, of the person’s country of origin. They may be also issued by that country’s consulate or embassy in other countries when the expiration for the passport is fast approaching and the bearer has no time, resources, or inclination to go back to his/her country and apply for a renewal. This document identifies the bearer as an official citizen of the country that issued the passport. This is most often used to track the travels of the individual and is also used to gain entry back into his/her own country.

Passports for ordinary citizens include their legal names as recorded in their own country, their birth dates, photo, gender, and physical traits. Officials of that country’s government, as well as their diplomats, are given a special kind of passport that is different from those issued to ordinary citizens.

A visa, on the other hand, is a document that endorses the bearer for entry into and egress from the host country. Visas may also have special stipulations that allow the entrant to stay within the country during a certain amount of time for work, holiday, or education. A type of visa called the transit visa is required by certain countries for quick entry and egress, allowing the bearer to just “pass-through” that country into his destination.

Visas are typically provided by the host country, as opposed to passports which are issued by the country of origin. Some visas require the entrant to apply before he is set to enter the host country. Others are given upon entry only. Some require photos to be present upon application while others do not.

Why do You Need to Have the Correct ID Photo for Passports and Visas?

Regardless of the difference between the two travel documents, there is no doubt about the importance of properly applying for them. That includes getting the correct photo for the job. Having incorrect photos will have serious consequences on one’s travel plans. Some might shell out thousands of dollars for a family vacation in Europe, only to find out that their travel plans are ruined because their visa or passport applications are denied.

Passport photos generally have similar requirements with photos for visas. Here is the general guidelines for the correct passport and visa ID photo:

Along with these requirements are other instructions which are important as well. That includes the stipulation that passport photos should have a minimum of 600 pixels on each side. The maximum size is 1200 pixels for each side. The photos should not be re-sized if the resulting aspect ratio is not a square. Also, the maximum file size for the image should only be 250 kB (kilobytes)

With all of these instructions and requirements when applying for a passport or visa, it is strongly recommended to let the experts do it for you. Sure, you think you can save on a few bucks taking and processing the ID photo yourself, but there is a chance that it could be incorrect. And that can delay your visa and passport application by weeks or months, something that you absolutely can’t have. Have the travel specialists do it for you. Get more info about iVisa Photo services.