Known for its world-class banking, Swiss watches, and chocolate, Switzerland has something for everyone. Here are some of the top Switzerland tourist attractions to visit. Or read our ultimate guide to Switzerland for more practical information and tips, such as visas, the best time to travel to Switzerland, and currency. 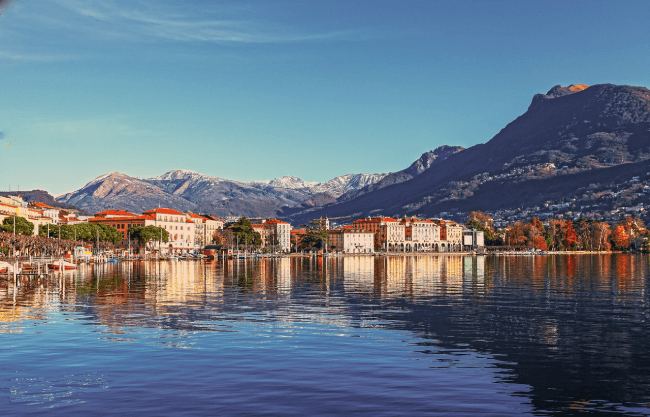 One of the mountains in the Swiss Alps, the Matterhorn, sits along the main watershed and border between Italy and Switzerland. The large pyramid-shaped peak is nearly symmetrical. It is part of the extended Monte Rosa area of the Pennine Alps.

The towering mountain stands a whopping 4,478 meters at its peak and is one of the highest summits in the Alps and Europe. Being one of the few mountains in the Swiss Alps to stand in almost perfect isolation, it is a sight to behold and well worth visiting.

Take a train to the top of Europe: Jungfraujoch

The Jungfraujoch is a unique mountain destination in the Bernese Alps that are open year-round. UNESCO has designated Swiss Alps Jungfrau-Aletsch as a World Heritage Site. The Jungfraujoch, also known as the top of Europe, is also where the highest railway station in Europe is located. In 1912, a railway line from Interlaken and Kleine Scheidegg, partially underground through a tunnel through the Eiger and Mönch, provided tourists with access to the Jungfraujoch.

The building itself sits at a jaw-dropping 3,454 meters above sea level and is overlooked by the rocky prominence of the Sphinx. It is one of the most picturesque things to do in Switzerland.

Another mountain retreat worth visiting is Interlaken. The traditional resort town lies in the Bernese Oberland region of central Switzerland and was built on a narrow stretch of valley between Lake Thun and Lake Brienz.

The old timber houses and parkland that line the Aare River are a breathtaking sight to take in, and the surrounding mountains, dense forests, alpine meadows, and glaciers call out to nature lovers, hikers, and skiing enthusiasts.

Take a dip in Lake Lucerne

Moving on from mountains to lakes, start with the fourth largest lake in Switzerland: Lake Lucerne. In central Switzerland, the lake is known for its unusual, irregular shape featuring four arms and bends and turns.

The shores of Lake Lucerne, which borders Lucerne and Weggis, are partly created by steep surrounding mountains like the Rigi and Pilatus. The nearby towns are also home to some of Switzerland&#039;s oldest history. While you’re here, make sure to visit Lucerne’s chapel bridge.

On warm summer days, locals, and tourists are often seen dipping into the crystal-clear water or picnicking on its shores while enjoying the view of the surrounding Swiss mountains.

The bent, almost banana-shaped Lake Zurich is bordered by the Albis, Zimmerberg, and Pfannenstiel hills. Lying in the largest city of Switzerland, Zurich. The lake is a popular place for excursions. The best way to enjoy the lake is via a boat trip. Make sure to visit the two historic paddle steamers.

Go to a music festival at Lake Geneva

The crescent-shaped Lake Geneva, which is also known as Lac Léman, is shared by France and Switzerland. Lake Geneva overlooks the Alps in Geneva, a city on the southern tip of Switzerland.

Lake Geneva is best known for hosting some of the largest music festivals in the world. One annual international music festival hosted at the lake is the Montreux Jazz Festival, which first took place in the 1960s.

Lake Geneva is also a marina port and has a stunning fountain that makes for impeccable pictures. After visiting the lake, explore the city of Geneva. The diplomatic hub boasts luxury shops, cobbled roads, beautiful weather and is very clean.

After visiting Lake Geneva, visit Château de Chillon, or Chillon Castle. It was formerly part of the Counts of Savoy during the 12th-16th centuries. Swiss forces from Canton Bern seized the Castle in 1536.

In the eighteenth and nineteenth centuries, it became a source of inspiration for writers and poets. The 13th-century fortress is Switzerland's most visited historical building. It is one of the best-preserved medieval European castles.

The luxury alpine resort town of St. Moritz is in Switzerland’s Engadin valley. The old town has hosted the Winter Olympics twice and is also the home of the Cresta Run, and an outdoor Olympic ice rink.

The frozen lake is often used for polo, cricket, and even horse racing. The town also offers skiing and snowboarding at Corviglia, Diavolezza, and Corvatsch.

St. Moritz first became famous for its mineral springs 3,000 years ago. The old town was established as a summer spa resort. Now it is a well-loved vacation destination with quaint villages and towns nearby and an amazing national park.

The Swiss Grand Canyon also has a playground, restaurant, and fire pits, at the site. On hot days, you can also swim at Caumasee.

Five of the sites are shared with other countries: The Rhaetian Railway and Monte San Giorgio are shared with Italy, Prehistoric pile dwellings around the Alps with five countries, the Architectural Work of Le Corbusier with six countries, and the Ancient and Primeval Beech Forests with 17 countries.

The UNESCO World Heritage Site old city of Berne is the medieval city center of Bern, Switzerland. Built on a narrow hill bordered on three sides by the river Aare, its compact layout has remained unchanged from the twelfth to the fifteenth century for the most part.

Rhaetian Railway in the Albula and Bernina Landscapes is made up of two historic railway lines crossing the Swiss Alps. Running for 67 km, the Albula railway line opened in 1904 and features 42 tunnels, covered galleries, 144 viaducts, and bridges. The 61 km Bernina pass line features 13 tunnels, galleries, and 52 viaducts and bridges.

One of the most unique Switzerland tourist attractions to visit, the property consists of an outstanding technical, architectural, and environmental ensemble that doesn’t disrupt the landscape it cuts through.

Another UNESCO World Heritage Site that is among the many unique Switzerland tourist attractions is The Convent of St. Gall. The Convent is a representation of a great Carolingian monastery from the 8th century to its secularization in 1805.

It is one of the most important in Europe. Its library contains some of the oldest content in the world, with precious manuscripts like the earliest-known architectural plan drawn on parchment.

The Convent of Müstair sits in a valley of the Grisons. It represents Christian monastic renovation in the Carolingian period and is home to Switzerland's most iconic series of figurative murals that were painted c. A.D. 800, Romanesque frescoes and stuccoes.

Boasting 94 components in 18 countries, the Ancient & primeval beech forests of the Carpathians and other regions of Europe are truly breathtaking. From the last Ice Age to now, the European Beech trees have spread across the Alps, the Carpathians, Dinarides, the Mediterranean, and the Pyrenees, creating awe-inspiring forests.

Monte San Giorgio beside Lake Lugano is regarded as the best fossil record of marine life from the Triassic Period (245–230 million years ago). The pyramid-shaped, wooded mountain is also a great backdrop for pictures.

Prehistoric pile dwellings around the Alps

Boasting 111 small individual sites showcasing prehistoric pile-dwelling or stilt house settlements around the Alps, the prehistoric pile dwellings were built around 5000 to 500 B.C. on the edges of lakes, rivers, or wetlands.

Fifty-six of these sites are located in Switzerland. The settlements showcase exceptionally well-preserved and culturally rich archaeological sites and are great places to visit in Switzerland.

The architectural work of Le Corbusier

Chosen from the work of Le Corbusier, this world heritage site is made up of 17 transnational serial properties spread over seven countries. They were built over a half-century ago and show off the creative genius and internationalization of architectural practice.

The Swiss Tectonic Arena Sardona is in the northeastern part of Switzerland and covers 32,850 ha of mountainous land. The area features seven peaks that stand at 3,000 m high each.

While here, also visit the Glarus Alps; the glaciated mountains over narrow river valleys and are the largest post-glacial landslide in the Central Alpine region, is a must-visit in Switzerland.

The Lavaux Vineyard Terraces stretch for 30 km along Lake Geneva from the Chateau de Chillon to the eastern outskirts of Lausanne in the Vaud region. They cover the lower slopes of the mountainside between the villages and the lake.

The current vine terraces date back to the 11th century, when Benedictine and Cistercian monasteries controlled the area. However, there is some evidence that vines were grown in the area from as far back as Roman times too.

Finally, there is no way anyone can go to Switzerland and skip the interactive Lindt Home of Chocolate Museum. Built next to the historical Lindt & Sprüngli factory, the museum offers visitors a chance to learn about the long journey cocoa takes from bean to chocolate with an audio-guided tour.

It also boasts a 9-meter tall chocolate fountain in the entrance hall, multimedia exhibitions and a tasting room, where you can savor a variety of chocolate treats. Who can resist the temptation?

Have we convinced you to plan your trip and add these amazing sites in Switzerland to your must-see list? Then take the next step and find out everything you need to know before you go in our ultimate guide to Switzerland or check if you need a visa using our convenient visa checker.